Freedonia has released a new study detailing the growing demand for purification systems in the United States. Consumer Water and Air Purification Systems, released in September, outlines increasing demand through 2008, including projected growth in both the POU and POE markets. The report can be found at http://www.freedoniagroup.com 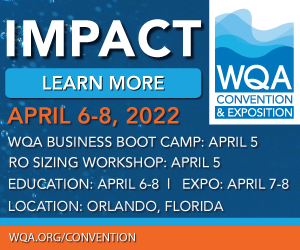