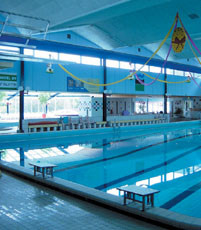 Following a number of outbreaks of Legionella bacteria at a popular swimming pool in the Netherlands, the owner decided to install an ultraviolet (UV) disinfection system from a local company, Berson UV-techniek. The showers at the pool in Tiel had to be shut down on three separate occasions because counts of the pathogenic bacteria Legionella were found to be too high. Since the system was installed, tests have shown that the level of all bacteria including Legionella is significantly lower and within the acceptable level.